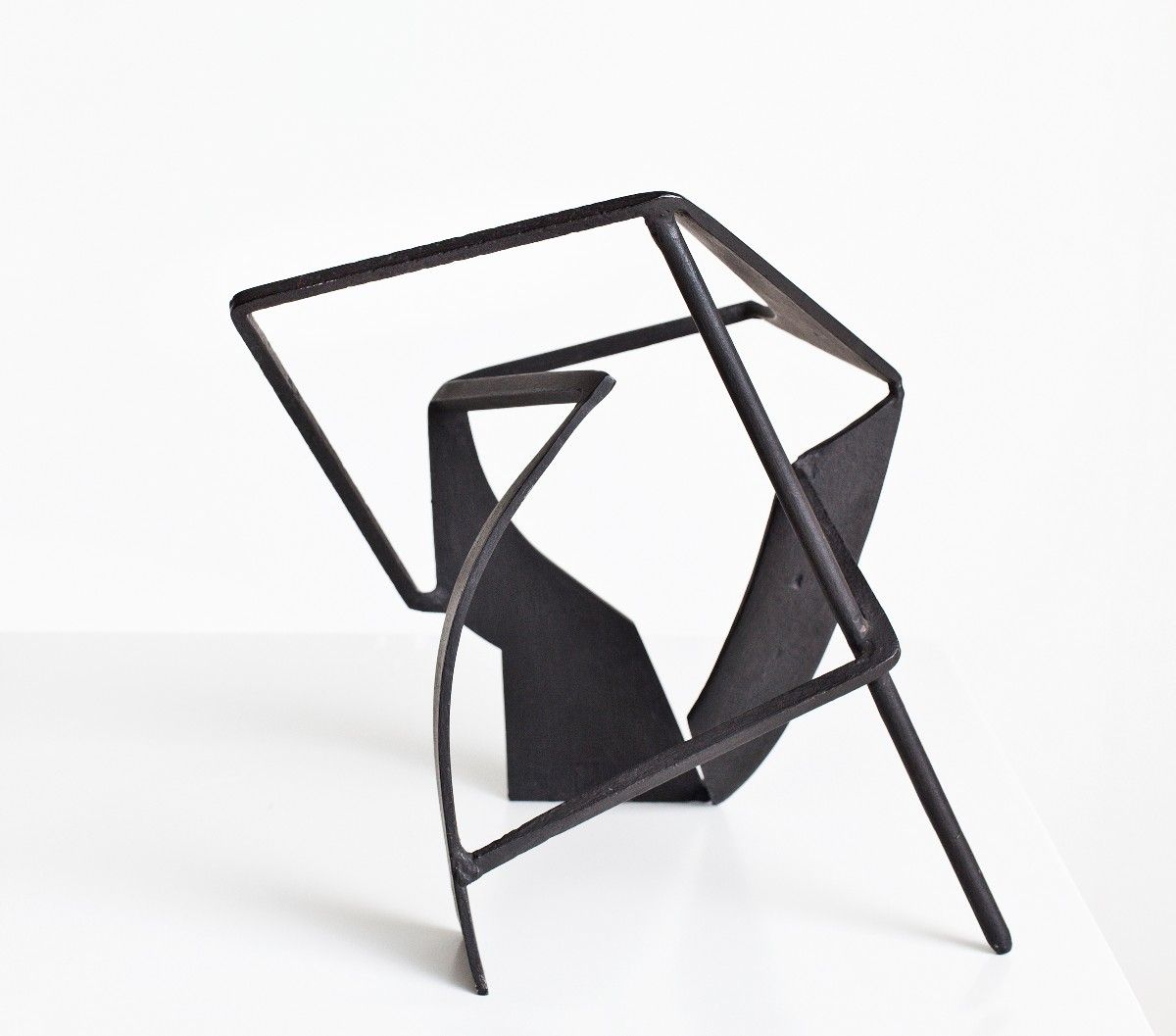 Believe it or not. But when Robert Jacobsen welded pipes and plates together for his iron sculpture, he actually had you in mind. Yes you. You as a spectator. Your height, your point of view and your movement around the sculpture.

Read why when art communicator Guri Skygge Andersen talks about the pioneer Robert Jacobsen. And about how he helped to renew the idea of ​​what a sculpture is.

Why is the sculpture here so remarkable?

“It is something special because it shows how Robert Jacobsen helped to move in the way of creating and understanding sculptures.

In this sculpture, the spaces are just as important as the iron it is constructed of. This makes it very open. As a spectator, you yourself help to create its expression when you walk around it. It changes character, depending on your height, your point of view and the speed at which you move.

In this way, Jacobsen helped to develop what we today call the concrete sculpture. A category within abstract art. ”

What did Robert Jacobsen want with the artwork?

“He wants to show that there is no one point of view that is more right than others. The sculpture should provide a special experience no matter what angle you look at it from.

The lightness of the sculpture is also an important point. He was inspired by calligraphic signs. I think you can clearly sense the light calligraphic brushwork. As a three-dimensional drawing made of iron. Here he went up against the abstract sculptures of earlier times, which were heavier and more clumsy. ”

“The sculpture testifies to the years when concrete art had its breakthrough in Denmark. Robert Jacobsen was taken to Paris shortly after World War II and got in touch with the gallery owner Denise René.

She encouraged him to work in the concrete style. This led to an exhibition in her gallery, for which he received much praise. After the breakthrough, he also had success with the style in Denmark.

The concrete art is inspired by constructivism. A movement of Russian artists who in the 1920s wanted to make art a rational project.

The art should be cleansed of emotion and of the artist's personality. It must not imagine anything or give associations to motifs you know from reality.

Instead, constructivist art was an almost scientific study of means such as form, color, space, line, and surface. And of how the viewer experiences them. ”

“It is characteristic that he painted the iron black. In this way, he creates a greater contrast to the spaces and at the same time achieves the calligraphic effect.

He was also crazy about jazz and listened to it while working. For example, one of his favorites was Duke Ellington. I even think his sculptures are jazzy. The rhythm in them bends off, swings and breaks like jazz. ”

1.“The black paint. This makes one not think that it is made of heavy iron. It makes the sculpture graphic and elegant. ”

2.“The spaces (the air between the iron, ed.) That constitute the innovative and experimental element in Jacobsen's sculptures. ”

3.“Notice how the sculpture stands on the substrate. Instead of a heavy foundation, it is as if it were standing on nails. It emphasizes the light expression. And here he also plays with the material. For iron is a heavy material, so to speak, but he makes it easy. ”