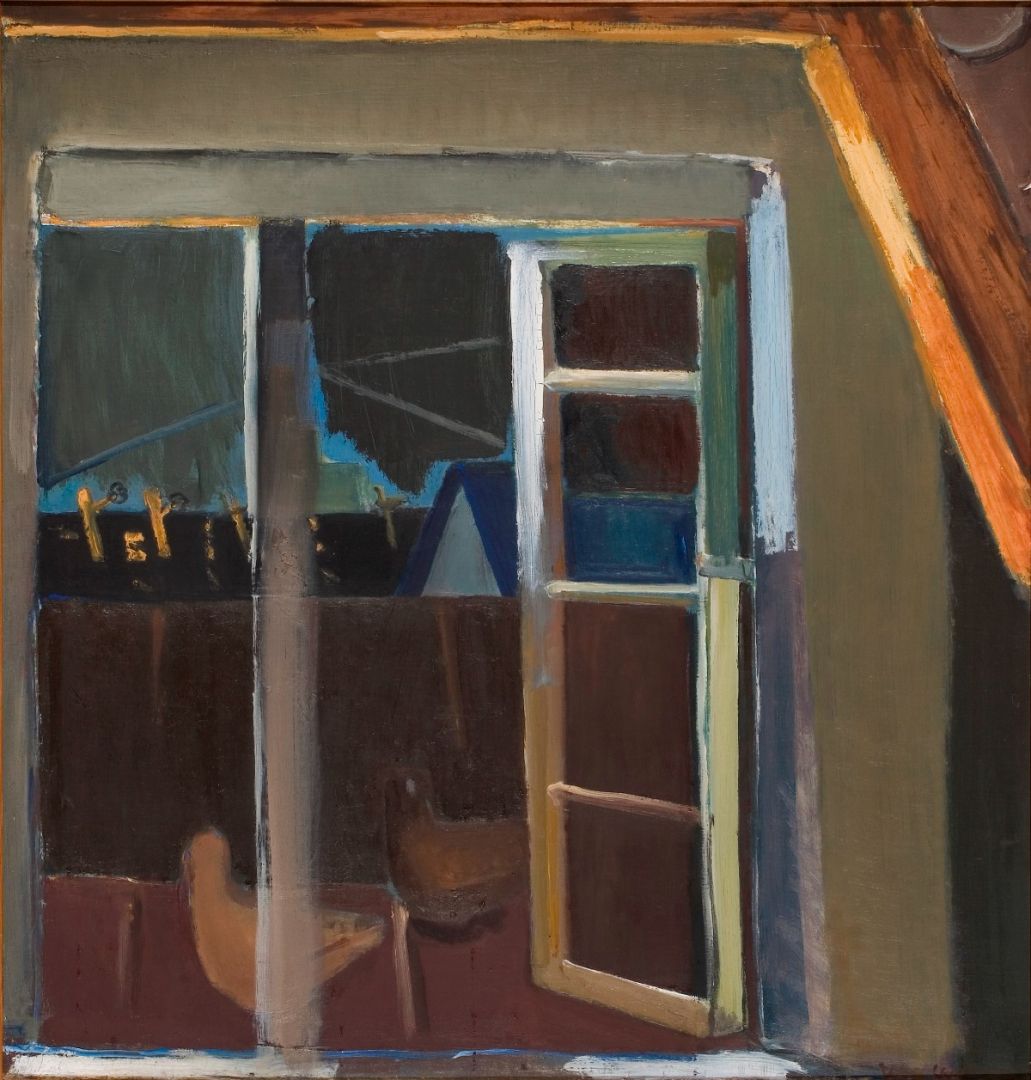 According to art historian Susanne Bangert, Ebba Carstensen makes a name for herself with paintings that only seem simple. On closer inspection, they hide in strings of surprising details and refined complexity.

Ebba Carstensen met with great respect in her own time. But despite that, she is today far less known than the male artists she was on par with.

Why is Ebba Carstensen a fantastic artist?

The great thing about Ebba Carstensen is that her paintings seem very simple. But as soon as you take a closer look, you embark on a journey of discovery of shapes, colors and different motifs that talk together.

Carstensen was very productive, so she leaves behind many paintings. All with everyday motifs from life as it is lived in the country or in the city. Chickens in the garden or the view from a window like here.

The painting Window is from her attic apartment at Trondhjems Plads 3 in Østerbro in Copenhagen. It's an intense experience - even when you see it in real life.

It is a complex image that plays on both geometry and realism. On the one hand, it is built up as a grid that divides the large square of the canvas. You can see how the colors on the window frame change and mark the subdivisions in the grid. It helps to maintain the image as a geometric surface.

On the other hand, we have a lot of slanted lines that create depth and give a feeling that it is a real place she has painted. For example, the barred window that is open.

And then there are some cool details. The brown birds at the bottom, the blue ridge and the strange crossing of the window. There is a lot to explore.

Why is Ebba Carstensen no better known than she is today?

It is probably mainly due to gender discrimination. Something she also fought fiercely against. She questioned why her paintings should cost half that of the male artists. Or why there were only men in the artists' associations.

She managed to join the Decembristerne association as the first woman, but she also had to fight for it. Although she was respected, participated in many exhibitions, and her works were purchased by the Danish museums.

I have a hard time seeing what an artist like Olaf Rude, for example, can do, which she cannot. They are obvious to compare because they develop in much the same way. And yet today he is a far bigger name than she is. It must be discrimination that is the reason why she has not received the same recognition in art history.

Why does she deserve to be better known?

She weaved and embroidered next to the painting. I think she deserves more attention on that point. Someone should investigate how weaving and painting play together.

How can it be that Ebba Carstensen's works are in Fuglsang's collection?

Fuglsang Kunstmuseum owns three paintings by Ebba Carstensen, including one of her many forest motifs. In addition, the museum owns two drawn model studios. Carstensen and her works contribute to a more accurate gender representation in the collection. And since the museum acquired works from her as early as 1933, there has been a focus on her work over many years.