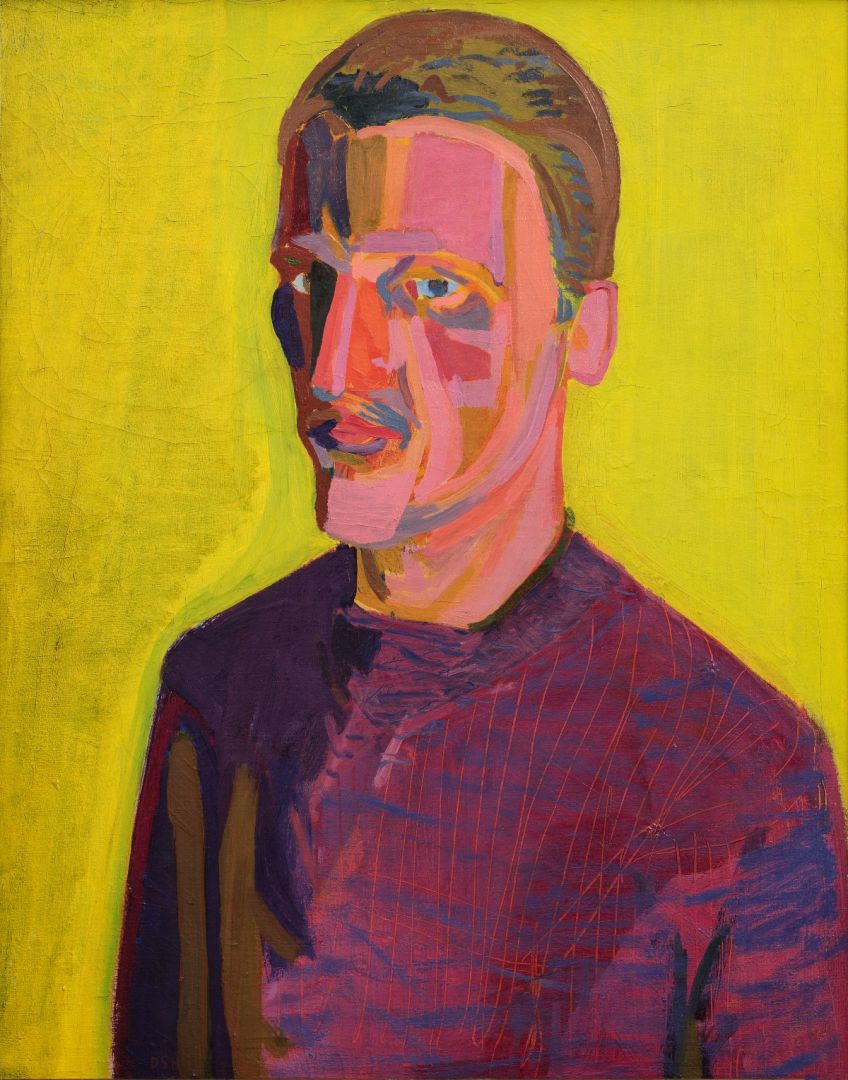 Dan Sterup-Hansen is actually best known as a graphic artist who was deeply involved in social and political issues. But the painting Self-portrait shows that he also had a huge coloristic talent.

Yet his art was perhaps too quiet to catch up with the other artists of his time. This is the assessment of one of the museum's art historians, Guri Skygge Andersen.

Why is Dan Sterup-Hansen a fantastic artist?

He is amazing for many reasons. He has created a lot of wonderful works of art with people as the main motif. People's living conditions interested him, so his pictures show people in different situations. For example, on the street, at the train station, at a concert or in the swimming pool.

He also worked to give artists more public decorating assignments so that the art could reach out to the people. He himself was behind the gable decoration at Folkets Hus in Vesterbro in Copenhagen. Where the Vega venue is today.

Sterup-Hansen is probably best known for his graphic art, but is also an incredibly skilled painter. The self-portrait here shows that he had a great coloristic talent. He has composed the colors with unusually high contrast. For example, the sour yellow-green background along with the red-purple shirt. The face is built up with distinctive brushstrokes in red, blue, yellow and green.

It's a pretty wild self-portrait where he actually experiments with the portrait genre. Because even though it looks quite like him, it is far from a traditionally well-liked portrait with those colors.

Why is Dan Sterup-Hansen no better known than he is today?

First, he spent 25 years of his life teaching at the Academy of Fine Arts in Copenhagen, where he was a professor. He was also politically engaged and held various positions of trust. It comes into play where you use your energy.

Second, he may have been overshadowed by others. He produced mostly graphic art, where everyday life, the man on the street and vulnerable groups fill the image surfaces. So mainly a slightly quieter art than many of his contemporary colleagues.

Why does he deserve to be better known?

He does it because in his social commitment he has a distinguished sense of choosing some interesting motives. Here we enter small human universes, which he portrays with great empathy and empathy, but devoid of sentimental pity. At the same time, he has a huge talent for composing the image surface and simplifying the subject so that it stands out clearly and strongly. And like here, a talent for putting together colors so you almost have to catch your breath.

How can it be that Dan Sterup-Hansen's works are in Fuglsang's collection?

Dan Sterup-Hansen is represented with as many as 37 works in Fuglsang Kunstmuseums collection. The majority of artworks on paper were acquired in the 1960s and 1970s, when the museum's management had a strong focus on collecting the popular graphics of the time. The total of four paintings date from the 1940s, and they were given to the museum as part of the bequest of 166 works by office manager Erik C. Mengel in 1984. The works by Sterup-Hansen represent the part of post-war art that was recorded of human conditions.