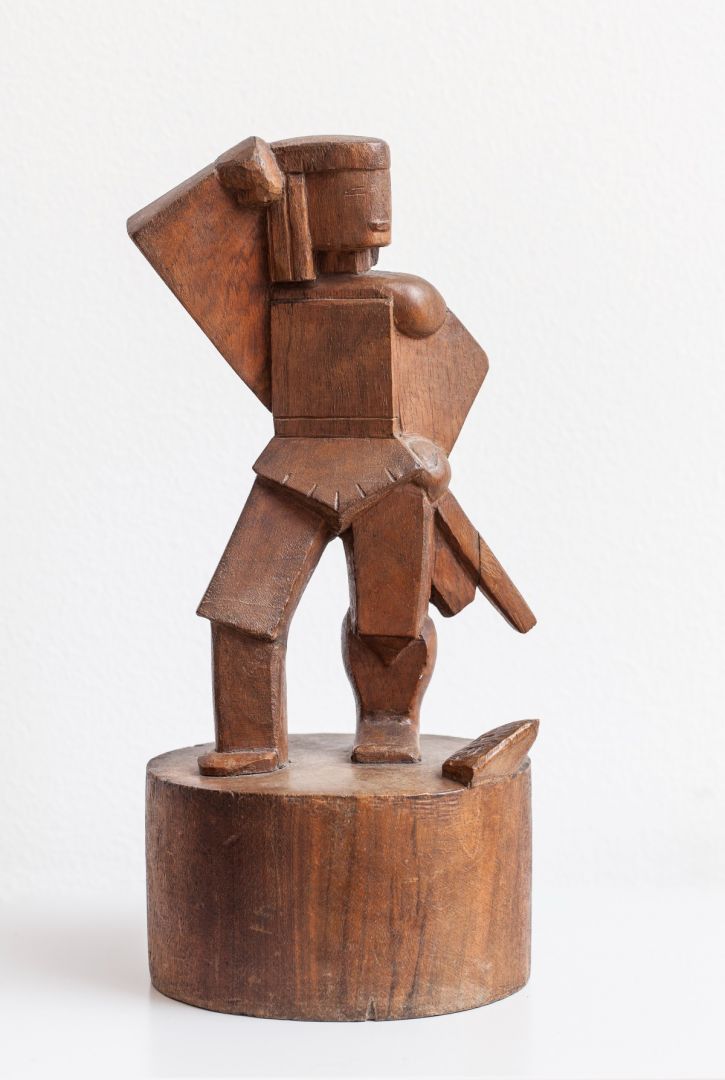 Adam Fischer went hunting in art history's extensive archive of styles and turned it into timeless sculptures. He was given banal motives to deal with general human problems. But according to art historian Susanne Bangert, it also meant that he also went into oblivion.

Why is Adam Fischer an amazing artist?

Basically, he is a skilled sculptor who really manages to capture the space around the sculptures. You can see it in the statuette here, where the warrior takes a step one way, turns his gaze another way, reaches the sword a third way and the arm a fourth way. It makes the sculpture come alive.

But even more interesting is his ability to combine different idioms. Both from his own time, from past times and the art of other cultures. This means that his sculptures rise to a universal level.

Here we are dealing with one of the first Cubist sculptures in Denmark. It is in itself innovative here in 1918. At the same time, Fischer draws on the Renaissance and antiquity several centuries earlier. The spiral movement is reminiscent of Michelangelo, and the way the warrior stands is reminiscent of Roman warrior portraits.

It is clear that the artist is trying to say something universal about going to war. When he creates the sculpture here, he is in Paris in the last months of World War I. No wonder he gets the idea for a warrior. But this warrior is very similar to the soldiers in the trenches in the war. So it is rather a portrait of the warrior's being in general.

Why is Adam Fischer no better known than he is today?

There are several reasons, but one of the most obvious is that he experimented with many different styles. Therefore, he is difficult to place in the boxes into which art historians have divided the artists.

The size of his sculptures may also matter. They are small, and as a rule, it is the large formats that are at the top of art history books.

Nevertheless, there are XNUMX works of art by him around the Danish museums. So there has been some interest at some point. But apart from a brand new catalog for the exhibition The image builderabout the artist Georg Jacobsen, his circle and students, nothing has been written about him since XNUMX.

Why does Adam Fischer deserve to be better known?

Because he is so adept at taking a simple motive and making it deal with major human problems. And because his sculptures lock you into a diverse world of vastly different ways of expressing yourself artistically.

How can it be that Adam Fischer's works are in Fuglsang's collection?

The museum has a total of seven works by Adam Fischer from the period 1915-50 with both avant-garde and classical expressions. For example, Fischer fits in well with the museum's fine collection of modernist art from the latter half of the 1910s. The collection includes, among other things, Cubist works inspired by artists' stay in Paris. On the painting side, we have i.a. Astrid Holm, Jais Nielsen and Olaf Rude. And on the sculptor side, Fischer is a distinguished representative.